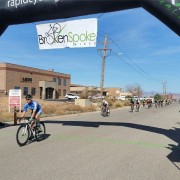 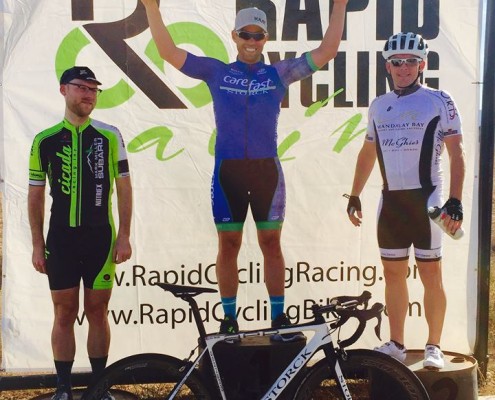 Andy, Sergei, Tyler, Jeff, Danny and myself lined up with a pretty simple plan… no breaks on this particular day, just keep it to a sprint finish for me to take a stab at. Surprisingly other teams seemed pretty anxious to initiate attacks and get off the front, which caught us by surprise a bit. It’s a course where a break can go pretty easily, I think we just thought others might be looking to us to initiate it with our larger numbers.

Anyhow, Andy and Tyler do a great job of managing the attacks that do go; they’re always in them but doing little if any work to discourage them. Fast forward to 3 to go and a Cicada & independent rider launch. Nobody panics but they are motivated and nobody in the field is too motivated to bring them back. Jeff & Danny take the lead and being them back within lap or so. The independent rider re-attacks messing up our lead out plan; Danny makes the perfect call and decides to stay on the front for another lap and bring him back. Danny’s smoked at this point and Jeff is on my wheel in a sweeper role as he’s put in a lot of work, fresh off food poisoning too. This is where the fun begins, although I know Jeff would disagree. ; )

1 to go and I’m second wheel; I know I’m about to lead out the field or get swarmed if we don’t figure out something fast. I tell Jeff he has to come around and give me a big effort. He’s smoked but he’s the man for the job. Jeff comes around and does what he does best… drills it. He in the saddle, out of the saddle, in again, out again… He’s torched but not giving up. My motivational speaking is at an all time high; I’m just hoping he can get me to the second to last corner and I’ll jump from there. Long, but doable. Jeff dumps me into that corner just as I had hoped for, I jump and put in a good one and we get the win.

Can’t say enough about the work that Tyler and Andy put in early and the work that Danny and Jeff put in late to get us in a position to win. Flawless decision making too on their part. My job was easy because of all the work they did. Great work fellas, on to the next one. 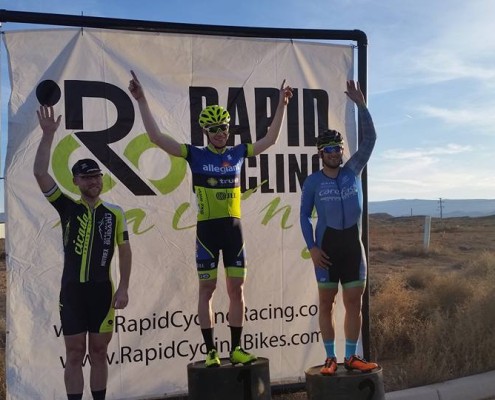 It was Zac, Danny, Jeff, Andy, Tyler, and myself. Everyone else had finished the 3/4 race an hour prior and they all said the felt pretty cooked. Started off pretty mellow and then came the attacks. A few small breaks got off the front and I commanded the guys to get to the front and slowly bring them back. Great job to Danny, Andy, Zac, and Tyler for stepping up without question. I went at about 28 minutes in with Tate and we were joined about a lap later by 6 guys. We went around for a bit and the announcer called a prime for series points. I sat back and let others battle it out. There was a little gap with me, Tate, 2 SBR guys including and a rider from Cicada, so we took advantage of it. Fast forward and we’re all taking pulls, but some aren’t pushing as hard as others. At 7 laps to go, I decide I’m going to start skipping rotations. SBR has 2 guys and it’s their race to lose. I pull through every few rotations and at 4 laps to go were going easy. SBR gets to the front and starts to pick up pace. 2 to go and I’m 3rd wheel behind Tate, going along the back straight, against the cones and he clips the cone and then I run it over with my rear wheel and nose wheelie for a few feet.

Thankfully I recover. Coming into the last lap, there’s a small gap of about 15-20 meters to one of the SBR guys and the pace really picks up. Then we lapped the field. I really, really didn’t want to lap the field, especially in lap cards and especially on the last lap. This was right before turn 3. Come out of the turn and I’m leading, Allegiant jumps out of the field and a Tate takes his wheel, with the Cicada kid is in tow. They go wide and the Cicada kid missed the jump. He goes and I have to make up room and then sprinted around him. Was a close finish and ran out of road to close it — Tate takes the win by a wheel and I roll in for 2nd.

All in all, I’m super proud of how everyone rode, especially considering they all had a race in their legs already. You’re all riding fantastic and is great to see you all in form! Lets keep crushing it! 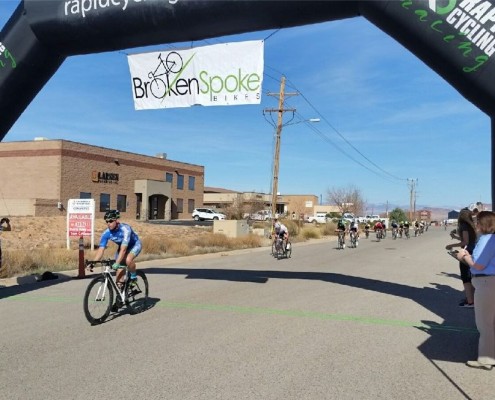