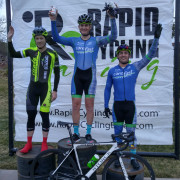 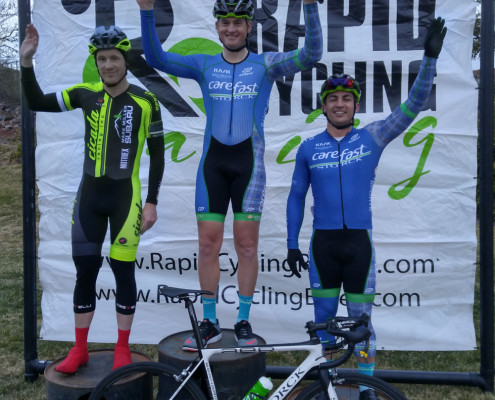 We had a stacked team in this race. During the team meeting, everyone was given a job. Tony, Yash, Sergei and I were to stay in the front and watch for any breaks. If the break looked good we would follow it. If it looked dangerous, we would bring it back. Mike and Jeff were going to attempt to get in a break late into the race. If it can came down to a sprint we would leadout Zac.

Race started out mellow. Within a 2 laps there was a rider off the front. We let him go knowing the group would catch him. Sure enough the rider was caught. Yash and I were towards the front of the field. There were a few weak attacks off the front that no one followed. I ended up following an aggressive attack up the hill that ended up petering out. I found myself off the front by a few seconds with another rider. I figured 2 riders can get through the 2 corners faster than 40 riders so I hit the corners as fast as I could. The Cicada rider followed me and went around and pulled me up the hill. When we went into turn 3, I looked and was surprised we had a gap! 3 laps later we had a 26 second advantage over the field with 35 minutes to go. The Cicada rider and I worked together from there on and managed to see the tail end of the field with 10 laps to go. I was told that were multiple attempts of other riders trying to bridge the gap, but our team discouraged them and they were brought back.

The race went 10 minutes longer than planned. With 5 laps to go I focused on positioning myself to be in front on certain parts of the course to keep the other rider motivated work. I was also looking at his body language to see if he was showing any signs of being tired. The last few laps seemed to ease up in intensity, so I was concerned that the Cicada rider would try an attack at some point. We stayed together through the last lap. The Cicada rider took the lead up the hill. I stayed on his wheel into the third corner. This is where I attacked. When we went around the corner, there were 4 riders in the middle of the road. It caught me off guard. This caused me to take the outside line while the Cicada rider went on the inside. This gave him the advantage.

Luckily, I was able out sprint him at the line. Then our team won the field sprint with Danny getting 3rd, Zac 4th, Tony 5th and Jeff 7th.
It was not my intention to establish a break that early into the race. But when the field gives you some space, you might as well take advantage of the opportunity. Our team really controlled the race from start to finish. We were able to communicate well and everyone performed the job that they were assigned.

Video of the last 3 laps by Daniel Pearce 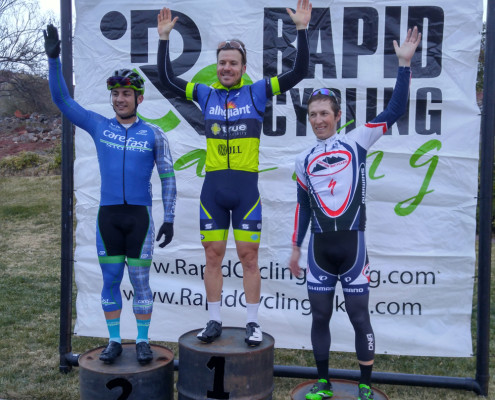 Carefast Squad: Terry, Mike, Elliot, Yash, Grill, Kevin, Zac, Tyler, Jeff, Andy, Tony, and myself. Stoked to have a full team.
The Plan: Mike and Elliot get in a break. If we didn’t like it, we’d real it back in. If it came down to a sprint, we would like it up for me.

The first couple laps started out hot, as to be expected. I was debating on calling an audible and letting everyone know “I didn’t have it” for the sprint. Luckily, Grill did a great job of positioning himself to get in the break. This helped alleviate the pack’s pace for a bit. Carefast was out numbered in the break. Grill found himself next to 2 allegiant riders, 2 canyon riders, 2 Endurance 360 riders, and Joseph Garey. In the group, we didn’t love the makeup of the break because of the numbers. On the bright side, we knew Grill was the strongest sprinter. We were slow to make a decision, so we had to live with it. At its largest point, the break had 52 seconds on the field. “This race is over.” Hope Grill plays his cards right and can win. We managed the race by covering bridge attempts, but not actively trying to pull back the break. With a couple laps to go, surprisingly we caught the break on the backside hill. They started playing games that it allowed the pack to catch them. With 1 lap to go, I let Kam in between Terry and I. I was thinking this was exactly where I wanted to be. Grill and Terry drilled it at the front! Flying through turn 1 got the adrenaline pumping. Terry and Grill did a perfect job delivering me to the last corner. I jumped on the inside line and sprinted to a second place finish. Tyrell made a smart move with a half lap. Dude is strong and it stuck. Well done team!

There were many bridge attempts that Terry, Kevin, Elliot, Mike, Zac, and Tony jumped on. At one point I thought Elliot and an Allegiant guy were going to bridge. All the hard work doesn’t go unnoticed. Great work. It’s appreciated.

Lastly, Thank you Elliot for the coaching. It is obvious the program you’ve developed prepared me and many others for race day. 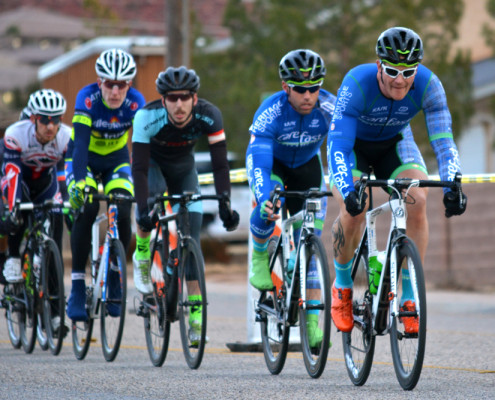 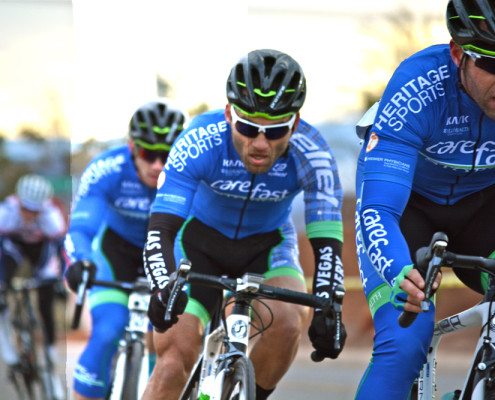 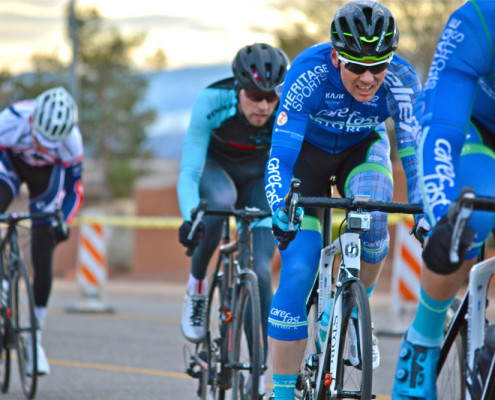 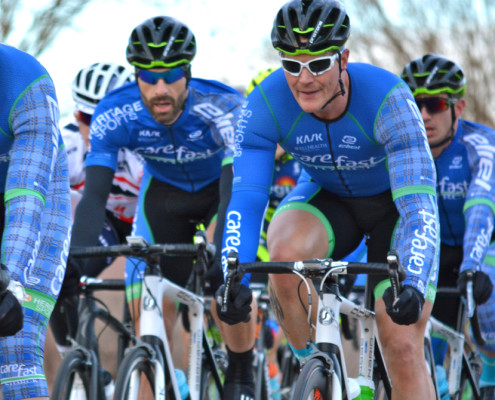 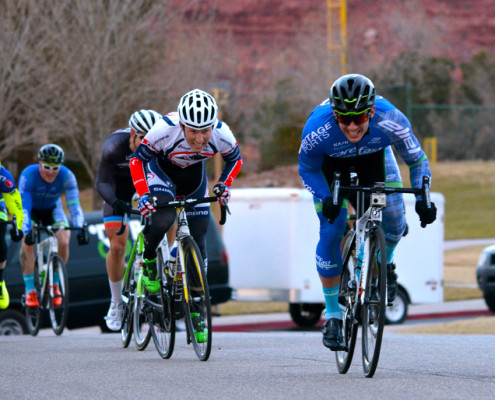 Carefast | Storck Race Results from Utah and So. Cal. Jan. 23-24
Scroll to top