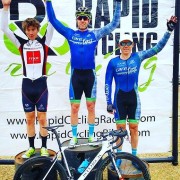 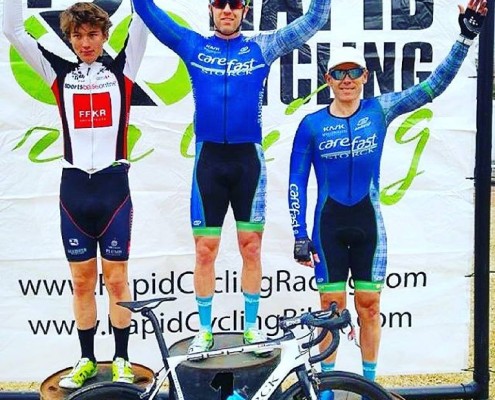 This was the second race in the Desert Crit Series and we had myself, Daniel Pearce, Sergei Vasilyev, Tony Rago, Chris Pearce, Shannon Larsen, Yash Gokul, and Tyler Chairsell. We had the numbers and talent to control the race.

The race started with some aggressive breakaway attempts but nothing stuck for the first few laps. Eventually Charles Mcfarlane from Canyon Sports initiated an aggressive attack. I decided to chase; our break stuck and by about mid race we were able to lap the field. Once we lapped, it was all about keeping him in our control. Danny, Tyler, Yash and Tony did a bunch of work to keep the pace hot, and catch other break attempts.

Charles tried to break off in the last lap, Danny & Tyler brought it back. I took the win, Tony took the field sprint for 3rd, Danny 5th, Tyler 6th and Yash was 9th.

This was the first race of the season for me. Both Sergei and myself lined up for this one. Plan was to stay up front and watch for any breaks to get into with the strong riders I knew of. There were several breaks early in the race but all looked pretty weak looking at who was attempting them. Later in the race the eventual winner got away on his own. With 2 to go, I got a little distance between me and the group but they brought me back just at the top of the hill. So here we go with 1 to go. I was trying to recover as best as possible from the dig I put in on the start/finish stretch and downhill before the back stretch. Hitting the top of the hill and through the corner I sprinted with what I had left and finished 7th. 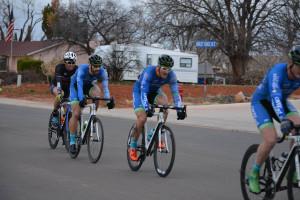 Kevin Turchin, Nathan Grill, and Terry Steeves lined up for this race as our main event of the day, but we were fortunate to have a ton of support from many of our Cat 3 guys despite them already having 1 race in their legs on the day. The course was as short as any crit we have ever done with sub 1 minute lap times. Allegiant had a stacked team of fresh legs and they launched attack after attack. Grill or Kev covered most of them but as they would get brought back, as expected, a counter would go. Tony Rago stuck his nose in more than a few times to support the guys at the front, but the numbers weren’t in our favor and Allegiant got one guy away. Unable to motivate a coordinated chase from the field the laps ticked away. It would be a race for second. We had good position for the final lap and I was sitting 3rd wheel with Grill on the front. Terry kicked from turn 3, but the rider between he and Grill overbraked for the turn and the swarm was on them. Terry was pushed wide into the ribbon and the cones and had to ease off the pedals, now about 10th wheel with no momentum and 300m to go. Terry kicked again and managed to pull back to 3rd in the bunch sprint settling for 4th overall.

A good result and solid team effort. “I take responsibility for leaving the door open slightly in T3 knowing that that is what ultimately cost us the podium. There was plenty of room for the rider to my inside to exit the turn, keep his momentum and not run us out to the fence but he chose not to.” That’s racing. We had a great race, and the team is riding really well together. Congrats to Allegiant, they had a great plan and executed it perfectly deserving of the win.

Season Opener in So Cal at CBR 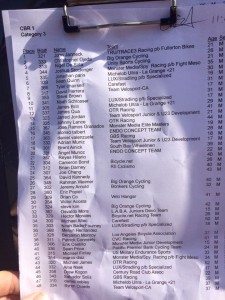 This race had over 60 racers and it was an hour long. Mike Allec just finished a masters crit 10 minutes prior to the Cat 3 race. I literally talked to him 30 secs prior to the start. He gave me some advice to watch the Lux riders. My plan was to make it into the winning break. I knew the winning break would come later in the race. I followed as many breaks as I could that had 2 or more Lux riders in it.  With 20 mins to go, a break of 4 went up the road with 1 Lux rider. Then Lux went to the front and slowed the group down. I noticed that then attacked hard out the next turn and bridged solo. Then next 20 mins we had a few others bridge. Some worked, some didn’t. I did a little of both.

By the last few laps we had 8 in the break. Lux rider attacked with a monster media rider with a lap to go. I remained at tempo and eventually caught them with half a lap. I was sitting third wheel into the last corner, but I didn’t have the snap or power for the final sprint. I got 7th. Mike finished safely with the group.

I was happy with how was able to bridge multiple breaks without blowing myself up. I was happy how I was able to recover. I need to be able to think tactically and save as much energy as possible in the break. The guys who won did the least amount of work.

I lined up solo for this race, which means either follow a lot of breaks or just let everything go and hope it’s together for a sprint. I opt to follow breaks (shocker!) A couple of teams were pretty aggressive so there were plenty to follow. There was one about half way thru the race that seemed promising, but it was brought back. Right before the lap cards came out, a great break went, including a guy that was announced before the race as the winningest racer in US history. I was on the opposite side of the street when it went, so I initially missed it, waited for a few to see how promising it looked and then decided to bridge. A couple of guys followed, and we spent the next 3.5 minutes chasing, finally catching the 3 guys up the road. We all worked together, but the group closed in on us at turn 3 as we were coming into the final lap. I still had a small gap coming up the hill so I decided to make another jump. I made it just past turn 1 of the final lap and then was caught and swarmed by the group.

Thank you to all of our sponsors and supporters! 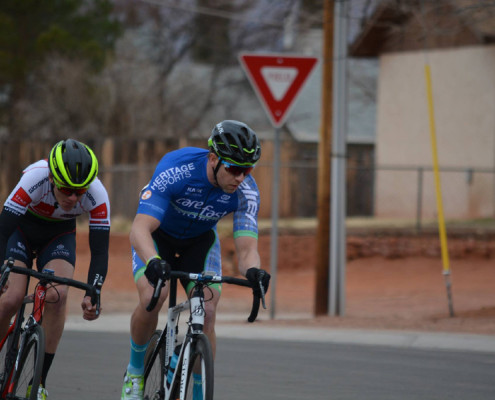 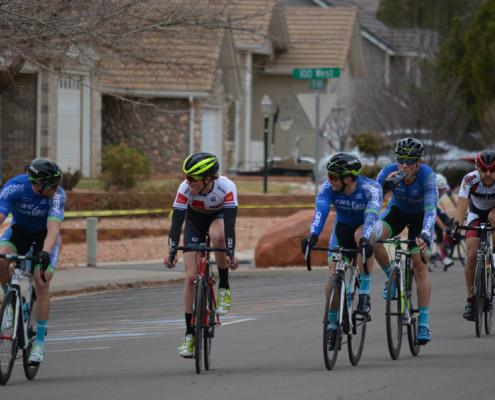 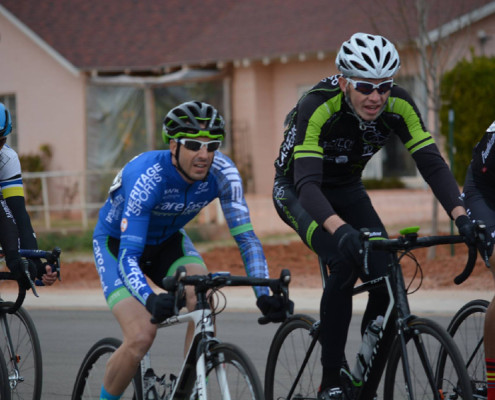 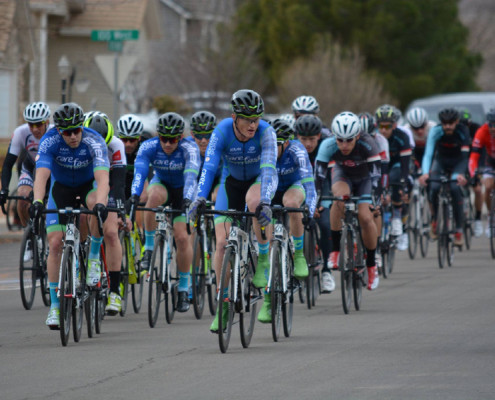 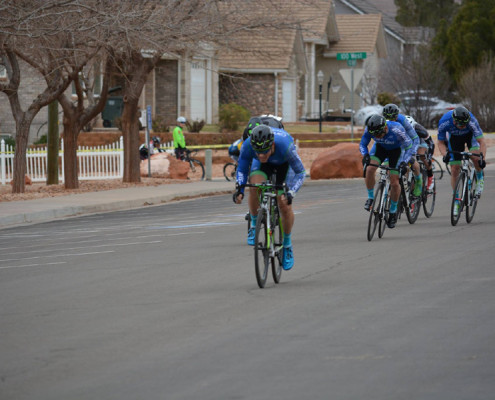 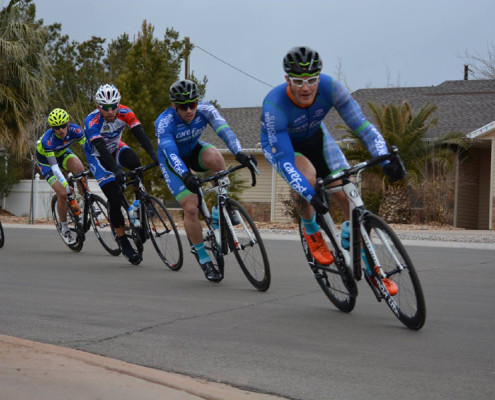 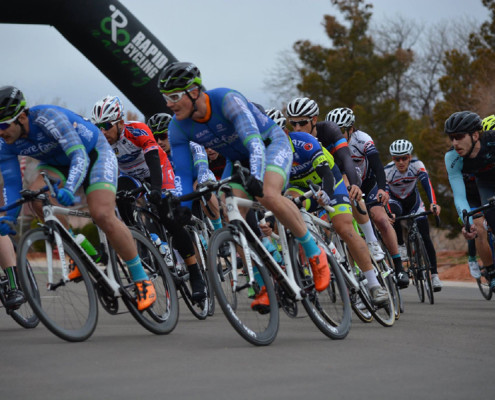 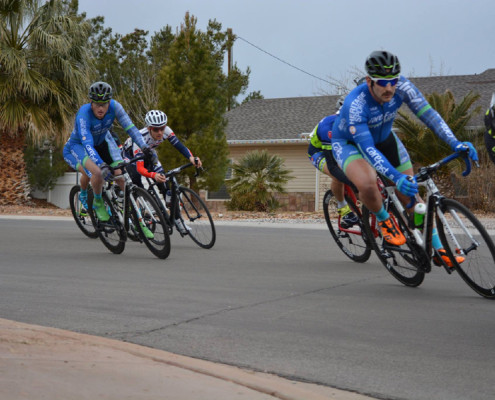 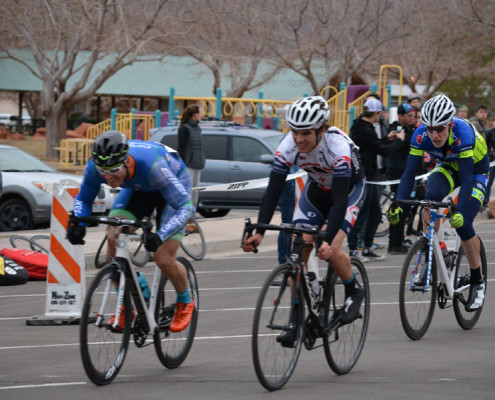