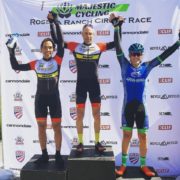 Team riders Andy Erickson, Taylor Sisson and Tony Rago make the day trip to race at Rosena Ranch in San Bernardino, CA on Saturday Feb 25th. Andy and Taylor would line up with the Cat 3s and Tony would race the 45+ solo.

The 45s went off first in a combined field with the 50+ as well making a total of 50 riders or so. All the usual suspects were there, lots of heavy hitters from So Cal. Tony’s plan was to get in a break earlier the better and see if we could stay away, this course was famous for breaks sticking. He was able to get into a break of 9 guys on lap 3 of 13, it was very organized and with everyone helping each other to push the gap – hard efforts and the way back had a solid headwind. We could see some strong riders organizing the chase and not too far behind at each turnaround. The gap grew but the group started getting tired and guys stopped working. This allowed 2 guys ride away from the break leaving it to 7 guys, they now had a decent gap but 3 riders in the break simply refused to put in any work. Tony recognized this but wanted to defend the gap that now looked to hold. He also knew those sitting in wanted that 3rd spot! Final lap and into the sprint Tony was able to hold them off and seal the 3rd place! 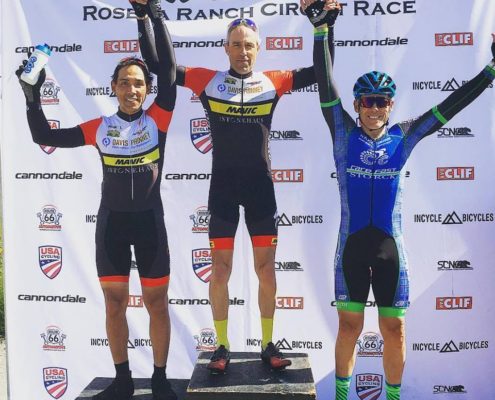 The Cat 3 group followed and Andy and Taylor lined up in the field of 44 riders. There were some big numbers from Big Orange and the La Grange guys. They figured it was their race and they would be chasing each other down. The plan was to keep the boys at the front so Andy would have the best chance at getting in a break. Andy was in multiple breaks that were brought back. The pace was pretty mild the entire time like everyone was just conserving energy to chase breaks and make it a group sprint finish. Last lap came and pace went hot. Taylor was able to hold on and finished in the top 10. Andy finished with the pack! 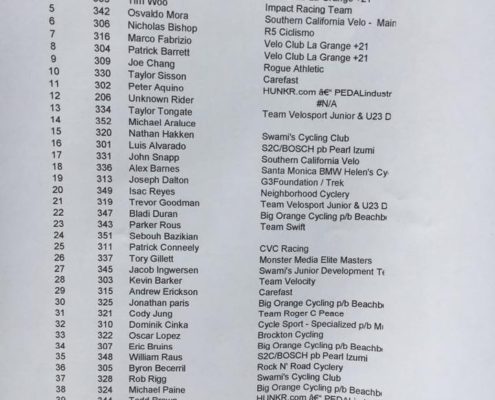