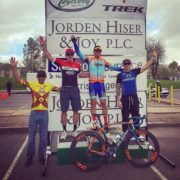 Valley of the Sun (VOS) is the first big stage race of the season and we had a skeleton crew headed down this year. Tyler Chairsell, Scott Winzeler and Tony Rago made their way down to Phoenix, AZ and the surrounding areas for the three stages of the VOS. The weather forecast for the weekend was looking very grim, the boys were bracing for high winds and solid rain. The TT was on Friday and the weather held out, just a little breezy. Tyler was racing in the Cat 3s and Scott and Tony would be racing in the 45+ field. Tyler posted a 33:50(31st) and Scott posted a 32:40(15th) while Tony would suffer a flat with 5k to go.

The road race was where the weather really became a factor, high cross winds and solid rain. Tyler battled the Cat 3 field solo and became detached on one of the hard efforts up the climb that was on each lap. Scott and Tony maintain great position throughout the road race and Tony suffered yet another mechanical on the final lap before the group headed into the final climb. Scott was able to seal a 5th place finish in the road race moving him up in GC to 12th!

The final stage was the crit on Sunday in downtown Phoenix, the weather was still very wet with occasional light rain and the course soaked from continuous rain overnight. Tony had been dealt a pretty unlucky hand thus far but called on Scott to help him win the crit. Scott being the great teammate he is obliged and agreed to be Tony’s leadout to give him the best chance and a win or placement for some redemption. Scott raced a perfect race and kept him and Tony in the top 5 wheels or so from lap 5 on! With 2 laps to go the pace surged and they found themselves about 10th or so, Scott did his thing and got the boys back in position to make a move on the final lap. Last lap and on the back straight headed into the final corner, Scott put in a solid leadout to position Tony for the sprint. The field utilized our leadout and Tony was able to seal a 3rd place finish to close out a fairly unlucky weekend at VOS.

Tyler would race in the 3s next and the course really dried out. Plenty of attacks and no real way to make moves left Tyler with a pack finish. 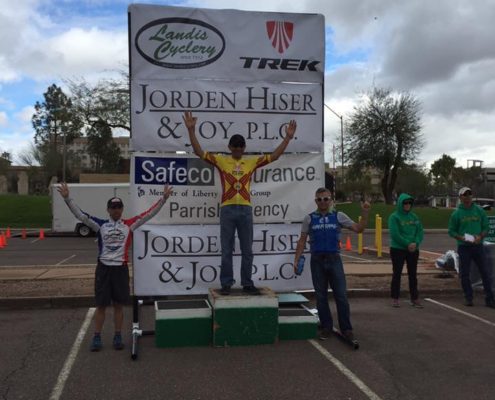 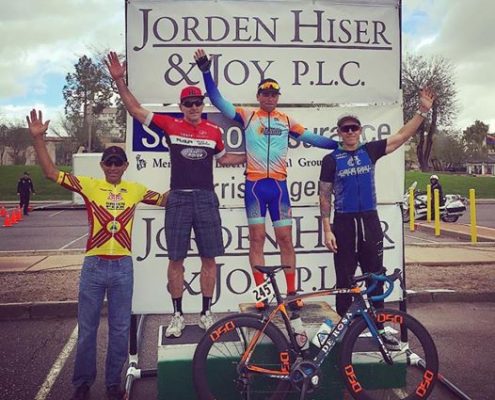 The boys made the most of the weather and went into battled and made it home safe.