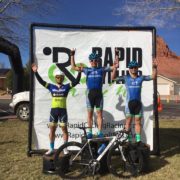 Team riders Danny Pearce, Taylor Sisson, Yash Gokul and Scott Winzeler line up with about 15 or so other racers. The plan was to just work the field since the turnout was low, counter any attacks and just maintain positioning at the front. Everything was going to plan and there were a couple of the attacks that looked like they might stick. Then with about 20 to go a few efforts in a row split the field down to 8 riders. With 4 laps to go, we lined up, on the last lap Scott made a move to take the front, moved to the front Yash and Taylor got cut off in turn 2. Scott accelerated down the back stretch but Danny paused a bit hoping the boys would get back on but no luck, the acceleration left a gap and Scott was able to seal the win and Danny with him in 2nd! 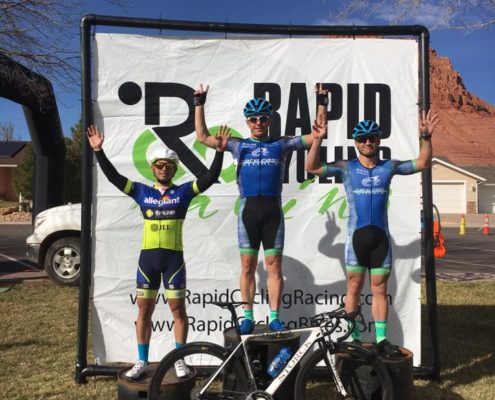